The Rule of Respect – In Short Prose

Respect.
What is its nature?
Like love and humor, its origins ought to be genuine.It cannot be forced upon or taken.It must be grown and cultivated.
To force respect upon yourself or to demand it from others,
is like forcing someone to laugh or to love you.
To be respected is not a right, but an earned privilege,Ultimately, the respected is only as powerful as his respectors.Without others, respect ceases to exist.
The illusion of respect can be fabricated through intimidation, or bribery.But the end result is just that,
an illusion.
In effect, it is ineffective,
and will eventually die out.
Genuine respect can move mountains, and is long lasting.
Respect should never be expected,
but rather hoped for.
Earned.
Worked for.To assume it already in possession,
is to be dishonest with one’s self.
To obtain respect, one must first understand how to give respect.How can someone accept respect from others if he knows not what it looks like?
Feels like?In the end, respect is a tangible gift that people freely choose whom to hand it to, and whom not.
And once respect is received, it never rests permanently in ones possession.As freely as it was given, it can just as freely be taken back.
Respect for one’s self is also just as important as respect for others.Others will only respect you if you have respect for yourself.
Never confuse pride for genuine self-respect.
Self-respect is the recognition of one’s own competence and value.Pride is the placement of one’s own personhood above and before others for no worthy reason,other than to satisfy selfishness.
Respect yourself.
Respect others.
in Articles 0 comments
Post tagspoetryprosepsychologyrespect for othersself helpself respect 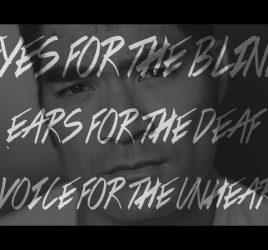